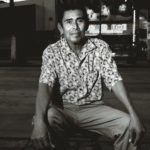 Caitlyn and I wanted to get in one last 2017 vacation and thankfully we had some leftover airline points to score tickets to Cabo San Lucas. The weather was fantastic. Most days were partly cloudy and the town seemed like it was operating at 1/5 capacity. This offered some unique shooting opportunities. As far as street photography goes, I've been pretty stealth in ... END_OF_DOCUMENT_TOKEN_TO_BE_REPLACED 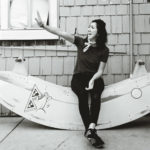 A few weeks ago I took Carter over to meet Cory's new dog Rocco for the first time. Back when Cory still had Schwoops, Carter was the annoying puppy who didn't know when to quit. Fast forward to today and Rocco has taken that spot pushing Carter into the role of the grumpy older dog. We walked over to the dog park at Cherry and I got to see Angela's celebrity on 4th street. ... END_OF_DOCUMENT_TOKEN_TO_BE_REPLACED 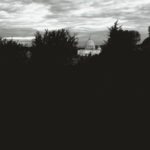 It's been a month since Rome and I'm still finding gems in my catalog. This will be my last post for Rome since I've got a lot of other stuff going on this winter break. It's really hard to explain just how incredible this city is without experiencing it yourself. Armed with a camera and a couple spare batteries, I could spend all day walking around shooting the city and ... END_OF_DOCUMENT_TOKEN_TO_BE_REPLACED 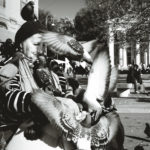 I never realized just how important walkability can be in a city. Living in the suburbs gets you used to driving all the time. It's very rare that I walk anywhere aside from the taco shop on the corner. Stores just aren't that close by. However, in a city like Rome, everywhere is walking distance because it's so crowded. Having a vehicle in the city just seems like a big ... END_OF_DOCUMENT_TOKEN_TO_BE_REPLACED 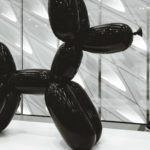 Caitlyn and I were invited by her sister to check out The Broad in LA today. Since our friends Charles and Marianne live nearby, we decided to grab breakfast with them beforehand. Turned out that Miguel and Jen were free too. We ate at a place called Forage right on Sunset Blvd. Pretty tasty. Afterwards, we met Caralyn and Karen at the museum for the free exhibit. If you ... END_OF_DOCUMENT_TOKEN_TO_BE_REPLACED