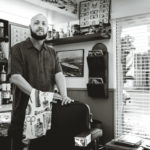 Jack used to cut my hair but once I started getting my part cut in, I realized that edging up with a straight razor wasn't his strongest suit. Then I switched over to Ivan for a bit but after he left, I started to book with Raymond. I like chatting with him about his life and watching a 21 year old navigate adulthood. He'll tell me about his taking care of his little brothers ... END_OF_DOCUMENT_TOKEN_TO_BE_REPLACED 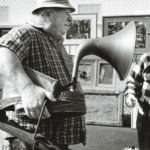 It's been a while since I've had an outing for photography and visiting the Antique Swap Meet in Long Beach was the perfect venue to shake the cobwebs. Couple of things that I learned from today, either I'm not as sneaky as I think or my appearance is sketchy. Almost every keeper from today involves my subject staring at me. Seriously, look at the looks I'm getting from people. ... END_OF_DOCUMENT_TOKEN_TO_BE_REPLACED 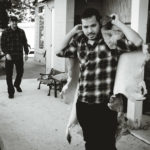 This post is coming a little late. Sure I had 3 weeks off from work but the holidays just fly by. And keep in mind that I had some serious lesson planning to do. Either way, we ended up in Big Bear for New Year's Eve last week. Past years have been host to some intense ragers but this year was a little different. The plan was to play it cool on New Year's Eve and snowboard the ... END_OF_DOCUMENT_TOKEN_TO_BE_REPLACED