You are here: Home / Friends / The Boys Hit Big Bear

For President’s weekend, some of the boys headed up to Cory’s cabin for a quick trip up the mountain. With 2 of the 3 roads into Big Bear closed and the wettest winter we’ve seen in decades, the city was eerily empty for a Friday of a holiday weekend.

Besides the near white out conditions at the top, it was a beautiful day to be outside.

After nearly a full day of our version of ripping, we retired back to the cabin for some nighttime festivities. Funny though, our night began atypical of the usual cabin hijinks. We played Switch and drank about 2 beers each. Then we played a round of our favorite board game, Masterpiece. Ian won by a slim margin and coined the phrase, “Big smiles, big numbers.”

The daytime exertion weighed heavy on our bodies. We needed to rally.

We decided that going into town was going to be too much. It was already snowing and Kallen’s was just down the street. It was the move.

Hundred bucks at the bar and 10 terribly sung karaoke songs later, we found ourselves in the middle of a snowball fight in the street. We ended the night by drinking a bunch of water and crashing out to the hum of the heater.

We headed home the next morning and ended up back at my place to play more Switch. What a life. 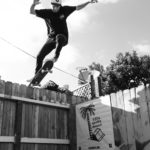 My good friend Cory had a B Day Bash at his new place a while back. He had a taco guy, live DJ, newly built mini ramp and a ton of cold CL’s. All the homies made it out and it was really nice to spend time with a lot of good people I don’t […] 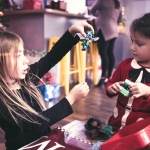 Not a lot of words to accompany this post. Just wanted to share some photos from our family Christmas get together. My brother Frank came into town to join in on all the typical Montero antics. These include things like: Kids running around Smoking Gambling Complaining about the Gift Exchange Uncle Mike being Uncle Mike […] 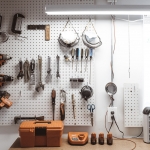 This summer has been pretty awesome. Between all the side gigs including two weeks at summer camp, training jiu jitsu, surfing with the boys and handling business at home; it’s safe to say that I’ve kept myself pretty busy. One of the biggest and most expensive changes happening at the house is that Caitlyn and […]