You are here: Home / Personal / Home for The Holidays

This getting older stuff is actually pretty cool. A few years back, I never would have imagined my early 30’s being so great.

Back in my day, we got Thursday and Friday off from school but in my district, they give us the whole week off for Thanksgiving. I guess so many families travel for the holiday that it made more sense to just cease school operations for the entire week. Can’t complain about that.

We did the typical family stuff this year at Karen’s house on Thanksgiving day. It was the usual fare; turkey, sweet potatoes, mashed potatoes, etc. It was nice because the San Diego family came up to liven up the crowd. When the first wave of family had left after some Catchphrase, we played three rounds of Saboteur, which is my favorite board game of all time.

It’s funny because the past few years have had what I consider to be “generational lulls” where most of the “kids” are grown and the chaos is at a minimum. Aside from the few kids that previously occupied this space, it seems that the lull is coming to an end. There are kids aplenty at the family gatherings and the family energy feels renewed. It’s a nice feeling to see everyone around me moving forward in their lives.

If you’ve ever seen my tattoo on my inner arm, this is exactly what the ouroboros means to me; The ups and downs in the cycles of life.

My brother and I talked about this just a few years ago but we never really realized just how dutch my mom’s side is, specifically my mom and her siblings. They all share a love of gambling, extreme reactions and ridiculousness. Recently, they play a game at our gatherings called Left, Center, Right with a $3 buy in. Between the “woohoos” and babbling in dutch, the game is just fun to watch. I hardly ever hear my mom speak dutch but when her siblings come around, they are all as european as their ancestors.

My Uncle Mike has no shame in his game. I’ve watched him morph throughout the years from shaggy long hair cool guy to high waisted jeans and sandals euro guy. This year he came dressed as what my dad described as “a semi respectable homeless man”. He made a point to lick the money he bought in with for luck. This year his contribution to the potluck was a bag of off brand chips and a “yard of twix bars” that he bought at Aldi. He realized that no one had opened it late into the night, so he walked with it using it as a cane while passing out the bars to unwilling recipients.

It’s time to break out the Christmas box and string up all those discount lights we bought last year. It’s time to kick up my feet, put on some Home Alone and watch this babe decorates our house for the holidays for the first time ever.

On the Career Front

I have the first subtest of the Art CSET scheduled for next Saturday. For the unfamiliar, the CSET is the prerequisite to get into a teaching credential program. It’s supposed to encapsulate undergrad knowledge in a specific subject like English, Math, Art, etc. The Art subtests are in two parts, the first is general art history and art processes. The second is portfolio based where you bring in six works of art that you created and write short essays about them as well as demonstrate knowledge in teaching art to children.

Never having done much more than make pictures, I picked up an iPad and pencil to learn a bit about the drawing process. To be fair, these pieces both began as rough traces of my own photos but were abstracted a bit to my tastes. I figured I might as well blend my hobbies while I’m learning new skills. 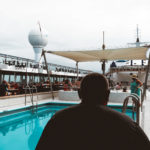 Somewhat selfishly, Caitlyn and I planned a cruise to the Bahamas during the week of Thanksgiving. All it took was a few calls to our families to reschedule the big family get together and we were set for a weeklong getaway. Easy enough. We caught a redeye from LAX to Miami and spent a day […]

I’m not taking a ton of personal photos at the moment. I thought that summer would offer more free time but as it happens, I picked up a few side gigs to earn some extra coin. I’m still training jiu jitsu when I can which is basically about 1-2 times a week. More often than […] 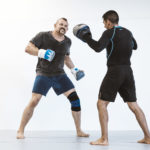 I haven’t really met that many celebrities in my life and Chuck Liddell wasn’t someone who I thought I was gonna geek out over; and I didn’t. However, he was super cool and now I’m his fan. Matt, one of our training partners at the gym is his friend and set up a Sunday open […]