You are here: Home / Travel / I Was Wrong About Hawai’i

The last time I went to Hawai’i, I was maybe 17 or 18 years old. My brother and I went to visit our cousin Andrew who was studying at University of Hawai’i. I don’t really remember much about that trip except a visit to Costco for some alcohol that did not go our way. Andrew was 20 but he had the Costco membership and Frank was 21. After a much arguing at the register, we left empty handed. Looking back, I don’t know why it was so important that we bought booze from Costco instead of a liquor store. Whatever.

Either way, my feelings about Hawai’i were that it was for basic people to experience “visiting another country” without actually leaving the US. And in some way, it is. But it’s so much more than that if you dig a little deeper and get into the aloha mindset. I can’t wait to go back and experience it again.

Each island is so different.

We landed in Honolulu and stayed a night just outside Waikiki. As the most populous island and major city in the chain, Honolulu is exactly the tourist trap that one would expect. Shopping malls galore and hordes of people walking the strip with no real place to go.

That evening, we visited Wyland’s art gallery and what do you know, Wyland himself was there chatting it up with us. If you don’t know who he is, he’s a well known painter/muralist who creates sea life drawings. For my Long Beach people, perhaps you have seen the mural on the long beach arena? Anyways, he was a super nice guy.

Also featured in the gallery was the work of Heather Brown. If you train at Jiu Jitsu League, you’ll be familiar with her work as Kevin and Haley have a bunch of her prints hanging there.

This first post consists mostly of photos from our first few days in Honolulu and in Maui. More to come in the next post with photos from the Big Island and Kauai.

We spent two days in Maui and rented a car to get around. We knew that we wanted to snorkel a bunch and check out Haleakala for sunset. First stop was Maluaka Beach or Turtle Town.

When we got to the top of Haleakala, we quickly realized that we were severely underdressed for the occasion. Looking around, there were people in parkas and long pants. We showed up in still wet board shorts and shoes with no socks. We knew it was going to be colder at the top but not 40 degrees. You have been warned.

About half a mile from the summit is the visitor center and only restroom. We pulled up the very top and snagged the last parking spot before they closed the lot. It was at this moment that I realized that we should have stopped for a bathroom break on the way up. With 20 minutes to go before sundown, I decided to jog there and back.

Within moments, I was out of breath as my frozen legs were pounding the pavement.

After jogging a mile round trip, I found Caitlyn wearing a windbreaker shaking from the cold with a smile frozen on her face. “It’s beautiful”, she muttered.

The second day, we drove up to the north west coast to lay out on the beach and snorkel a bit. We finished up with some time in Lahaina before we returned the rental car and got back on the boat.

Off to the Big Island. 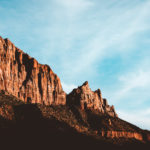 I can’t believe that it’s taken me this long to visit a place so beautiful and relatively close. Just a few hours beyond the heat of the Las Vegas desert lies Zion National Park. In all honesty, it was a bit more developed and built out than I expected. The town of Springdale has hotels […] 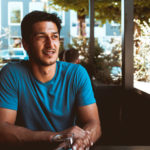 My brother moved to Portland over three years ago. He always had a mixed review of living in the city and once my trip was over, I understood everything. There’s something really odd about the “weirdness” of Portland. In short, we are all weird but Frank is the wrong kind of weird for Portland. There […] 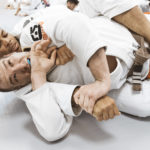 In life, you’re always learning from someone who’s come before you. In that same respect, you often find yourself teaching someone else where you’ve been. I like to think about it like this. You have two hands, one for pulling yourself upward and another to help your fellow man climb with you. As a professor […]