You are here: Home / Travel / The Big Island and Kauai

We woke up docked at the port in Hilo. With only a day in town, we decided to keep it real mellow and just check out the nearby city life.

As we headed out to the bus depot, we were befriended by a woman and daughter who could not stop talking to us. The woman had so much sunscreen on that she looked like a geisha. Finally, as we shuffled in line towards the bus, we found out that although we were among the first to wait for the bus, there wasn’t any more room onboard. It sucked but at least we didn’t have to endure a bus ride assault of random facts.

I mean no disrespect

The bus guide told us that of the 14 or so different types of climates found on Earth, the big island has 10 of them. I tried to fact check this but I found many conflicting numbers. Let’s just say that there are a lot of climates on the big island, including permanent snow atop a mountain.

A highlight of the city was visiting the Tsunami Museum. It was pretty reflective of the city in that it was somewhat lackluster but I’m really into geology so I was feeling it. You can begin to understand why tsunamis are such a terror and also why residents tend to disregard warnings as false alarms. It’s a tough situation for the government to handle.

Kona was the only location where we had to dock at sea.

We had to tender from the ship to the shore. As much as it was a nuisance, Caitlyn was quick to point out that the benefit was that the immediate locale wasn’t a run down shipyard. As we came ashore, we took stock of the situation and decided on getting in some snorkeling before the crowds grew. We settled on Kahalu’u Beach park and scored as we swam alongside more than a dozen type of fish. There was a moment where we both swam around the corner away from everyone else where more than 80 yellow tang gathered as the sunlight hit them just right. No photograph could do it justice.

After snorkeling, we thought it would be a good idea to walk back to town which was about five and a half miles. I never really thought that we would walk the whole thing but it seemed like a fun adventure.

As we walked, it began to rain. Then it was windy, then it became sunny, then…it rained again. We would stop intermittently to adjust our gear or to take photos of the coastline. We made it as far as Ali’i Gardens before calling it quits on the walk. It was about 2 and half miles later.

I remember Caitlyn and I talking about how in just a few short months, we wouldn’t be doing random stuff like this anymore. We would still travel of course, but walking on a road in the rain for miles isn’t something you do with a baby in the mix.

Our final stop was Kauai

If Oahu is the most populous island and the big island has the most diversity. Kauai is the oldest and most pristine island. As we came upon it in the morning light, it glimmered in the sun with a variety of green foliage rhythmically swaying to and fro.

At the last minute, we decided to get a rental car because it was really the only way to get around on the island. Apparently, the public transportation is really bad and nobody uses it. A navigational mistake on my part led us walking uphill in the rain for almost two miles to a Rent a Car building that was the wrong location. You better believe I heard about it and learned my lesson.

Getting a rental car was the best decision. We saw a ton of stuff on the island, drove through the pouring rain and went to Koke’e Lodge on the northwest side of the island. Did I mention that we saw a legit DOUBLE RAINBOW?

Kauai would be the place that I retire to. I don’t know if they would want me but that island is heaven on earth.

We finished up our first day at Barking Sands Beach as the sun slipped away into darkness.

Our second day there, we went to Poipu Beach and saw a beached turtle. Time was ticking as we had only a few hours left before returning the rental car.

We were in such a hurry that I left my credit card in the car when we returned it.

Our last day was spent wandering around in Oahu. Our time was almost up and we had experienced so much. I think I had the best time in Kauai but I would go back to Maui first.

Hawai’i is an extraordinary place. I wish I had something deep to say to end this post. The truth is that I don’t. Except that now having experienced Hawai’i as an adult, I can safely say there’s a lot more to see on the islands than just my cousin arguing with a Costco cashier. 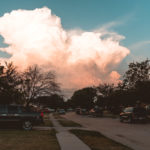 Ian and I met Bob around the same time while training at the jiu jitsu gym. With whom we immediately became embroiled in a three way rivalry. For years, I chased Bob on the mats vowing to one day D’arce him into submission. When he told us that Toyota was moving their North American headquarters […] 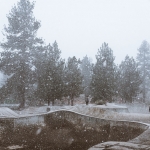 This post really ought to be called photos of Carter, Caitlyn, the snow and strangers. (In that order) Long story short, we headed up to Mammoth Lakes for Caitlyn’s birthday over Memorial weekend. Instead of warm and sunny skies, we were greeted with 50 degree days and a mild snow storm on Sunday. The forecast […] 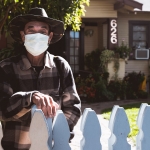 Man, what an odd time to be alive. I keep having to remind myself that nearly everyone in the country is going through the same situation. This means that we are all in this together. As Caitlyn and I had been conversing through the past week, there are quite a few things on our minds […]